Our Forefathers
Part I - The Friesens

Isa Brand von Riesen, a young man, lost an arm in a local unrest or civil war in Europe in the early 1800s. He was left wounded under a willow-bush, drained of much blood, and physically exhausted.

However, God provided for Isa Brand through a hen which came and laid an egg on the ground right before him. He drank the raw egg for nourishment until a good Samaritan family found him and took him to their home to care for him.

Michael and Maria Loewen had several daughters to tend their guest and make his slow recovery more pleasant. Maria, the eldest, was the most attractive to Isa Brand, and eventually became his bride and wife.

As a result of the civil war and the animosity of the common people toward blue bloods Isa Brand von Riesen changed his name to Isbrand Friesen. Von Riesen identified him with Edlestamm (a noble race), so we can only surmise he was willing to give up his title and his privileges at the same time.

Isbrand and Maria were married May 19, 1819, in the Mennonite Colonies in Russia, where their families had emigrated some thirty years earlier from Prussia. They had been granted a tract of land in the Ukraine by Catherine the Great. Gradually they built themselves up to the position of successful landowners again.

In 1875 this last son, our forefather, with his wife, Elsabeth (nee Bueckert), and several of their children left a well-established home in Blumengart, Ekaterinislaw, South Russia, on the S.S. Moravian. They arrived in Canada on July 1, 1875.

During their very first years in Canada they lived in a temporary Erd Semlin not far from the Red River in Southern Manitoba. An erd semlin was a hole dug in the ground, often on the side of a ridge or hill. A sod roof was put on pole rafters which was soon grown over with grass and weeds. One day, while their animals grazed close by, an ox stepped through the sod and fell right into their home!

Before long they left that humble abode and settled in a village called Blumengart, just like their former village in Russia. (Today that area is owned by a Hutterite Colony).

Those first years were full of struggles to survive and to pioneer a farm establishment on virgin soil.

One day, much against his conscience, David Friesen had to ask for groceries on credit at the village store. The proprietor had noticed his smoking habit. Now he gently but firmly, "I will gladly charge up any of your essential groceries, but that packet of tobacco will be cash."

David complied, but was so stricken in conscience that he decided to break this selfish habit, and he told of this incident when anyone wondered at the change in him.

When they arrived in Canada they had brought along their Maria, 11, Isbrand, 8, Jacob, almost 7, David nearly 5, Herman 3, and Franz at 10 months. Two little graves had to be left behind, for Helena died at 4 1/2, and Elisabeth at one day old.

Johan was born in March of 1877, and he was already a school boy when a village sage observed that the Friesen family was likely to have a girl yet, for if a healthy and happily married couple grew old together they would have the same sex child at the end of their child-bearing years as at the beginning. Sure enough, when Johan was nine, their last child, another Elisabeth was born.

The older children began to scatter and homestead too. in 1891, at 24 Isbrand traveled westward to Gleichen, along with others, to look for a homestead. But then he turned back as far as Rosthern where his sister Maria and her brother Jacob, both married, had found homesteads.

n Isbrand worked for his brother and built furniture in his spare time for his future home, just as their father had taught them.

In the spring of 1892 the Jacob Neudorf family arrived and Isbrand noticed the beautiful, slim, hard-working, although limping, Anna Neudorf. They were married on September 9th, 1894 by the newly-elected Bergthaler minister, Cornelius Epp, since no Old Colony ministers had arrived yet in that area.

ey continued on with Jacob and Maria (nee Siemens) that winter but built their first home and stable on their own homestead a few miles west of Rosthern. It was offered to them by Anna's brother Heinrich Neudorf. He'd changed his mind and wanted to build a livery stable in town instead.

When Isbrand's brother Johan was married and ready to settle down he found a place east of Osler near the South Saskatchewan river, and their sister Maria with her husband, Johan Siemens, went to join them, founding the village of Blumenheim.

The letters from Blumenheim and Rosthern back to Manitoba must have been full of good news, for in 1900 David and Elisabeth came too. They purchased land from the Qu'Appelle, Long Lake and Saskatchewan Railroad and Steamship Co., and thus also settled in Blumenheim.

The David Friesen family was of tough stuff. They had pioneered unbroken land twice since they left Russia, and eventually were able to reap what they had sown. Economic conditions changed and the couple was blessed with some wealth. It pleased David to think of himself as well-to-do for he heartily enjoyed giving gifts. However, he warned his family, "It can be dangerous to be wealthy in material things."

He built his home in the style learned in Europe, and before his death in 1911, made some changes to separate the house and barn, but kept it connected with a roofed utility hall.

The home went into the hands of their daughter Elisabeth when she married Jacob Reddekopp, and it was modernized and kept up in good condition.

Until the mid 1980s two of the Reddekopp daughters, Elisabeth and Mary, continued to live there and give warm welcome to any who came to visit. Then they retired. (Elisabeth died in March of 1988). However, the old house is still in Blumenheim, and quite interesting to see.

Back to: Home -- Book index (Preface) 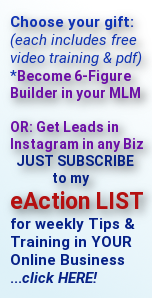