This follows my Derksen/Doerksen ancestors on Mon's side, up to the earliest one I know of at present. 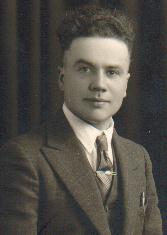 Elisabeth Friesen, b.5/6/1896 in a sod house, in North West Territories, before it became Saskatchewan. She died in Rosthern hospital on 8/16/1989. This is the beloved Gr'ma whom I sought to honour with the family history book, A Godly Inheritance published in 1988.

(Additional children are identified in Dyck & Harms - that appear to contradict some of the existing information (1998, p.147). He married Susanna Klassen, Abt 1790 in Chortitza Colony, South Russia.)